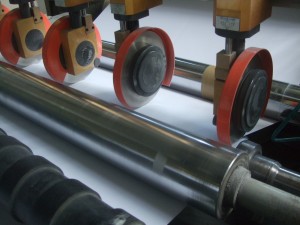 A crucially important phase in sized paper production is cutting which was traditionally done by guillotines. A disadvantage of this method was cutting the paper crooked in which paper is bended in a single direction. Bended paper feeds into printer in multiple sheets. Resulted malfunction along with dust of paper (that is not removed in common manufacturing methods) leads to shorter lifetime of printers and copy machines.
Fortunately, in popular method of laser cutting, paper is cut in length and vacuum machines remove dust of paper to a considerable degree. 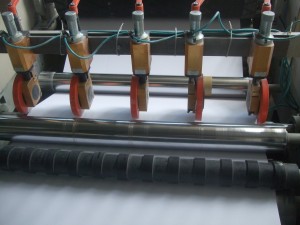 Paper trimmed by guillotine appear to be more straight but can be problematic in printer machines. Though papers trimmed through laser method look not as straight as ones trimmed in guillotine, cutting one by one make them to be of significantly higher quality.